This week I’ve been going over the final guts of Connective Tissue with the designer (Jacob Covey) at Fantagraphics. He’s doing a great job and the book’s going to look terrific. Seeing all the art put into a layout with the text highlighted that a couple of the drawings were superfluous, so I cut them and did new ones for the book. I liked the drawings I cut, but they didn’t make the grade. Anyway, waste not want not, here they are. 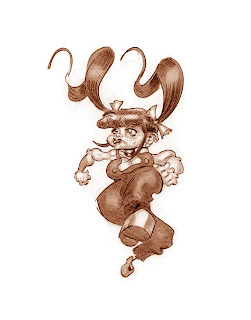 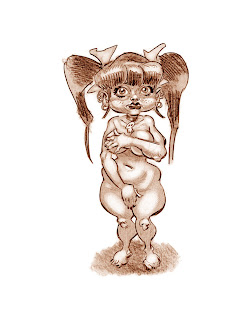 Two great tastes that taste great together. Or something like that. I love drawing this stuff. Maybe I’m a bad person. 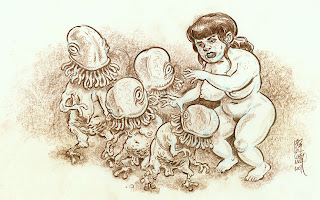 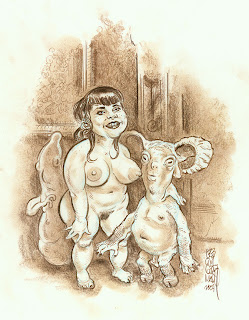 Sorry about the gap between posts. I’ve been bedeviled by my computers since early December. Here’s a drawing of my wife, Michele, when she was very sleepy. 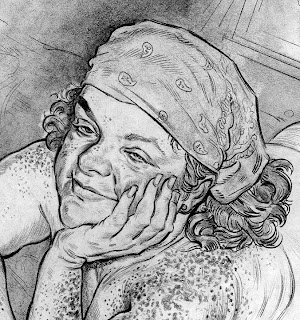 It was that or “Tentaclehead”. I don’t know what to call these entries sometimes and I haven’t really titled this drawing. I just hit the paper with the pencil and this emerged, no game plan, no forethought. It just happened. Go figure. But I like it. 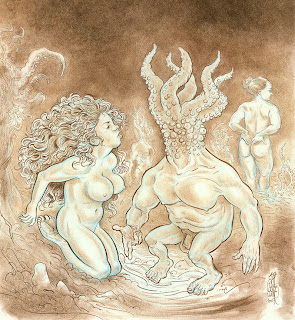 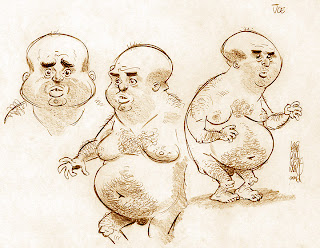 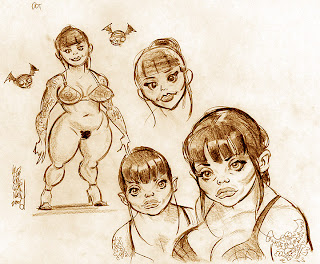 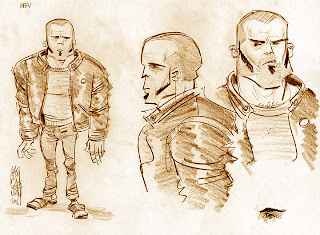 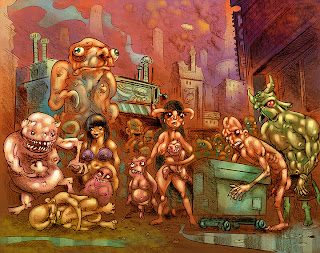