In March of next year, all the WFTers (Wait For Trade) will hopefully spring for the book collecting From the Ashes. I hope everyone will buy it, actually. As a creator, I sometimes feel a tingle of guilt when something I do comes out serialized and then I want people who already bought it to buy it again. But as a fan and consumer myself, I say, “Hey, I do it all the time.” So, guilt absolved. Anyway, here are a couple of rough thumbs of the cover, which will be a wraparound. I wanted to pay homage to the great “merry chase” posters that Jack Davis did in the Sixties and Seventies. 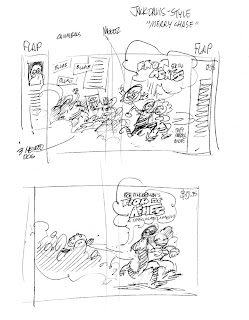 The Amazon listing has an incorrect page count (it will be longer, because of the nifty bonus section; details to come) and cover art. I guess this is a place-filler until I deliver the real cover art.

Most of the interior art in Connective Tissue (if you haven’t gotten your copy yet, for crying out loud, do! It’s now an insanely cheap 45% off on Amazon!) was done spontaneously on that page without advance thumbnail sketching. There were a few that required a bit of planning, though. Here are some thumbs for them. 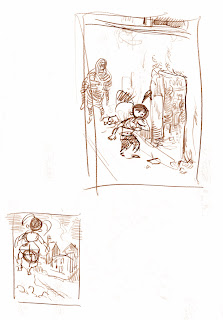 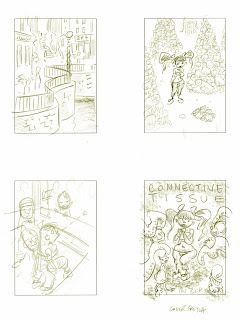 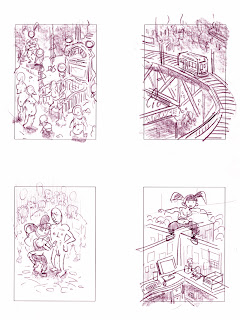 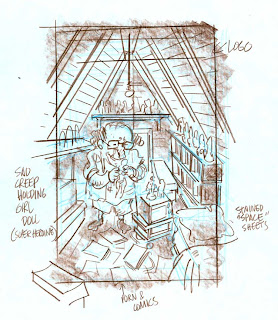 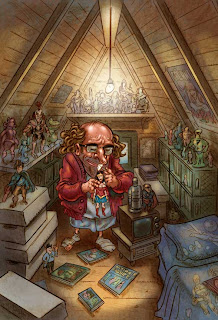 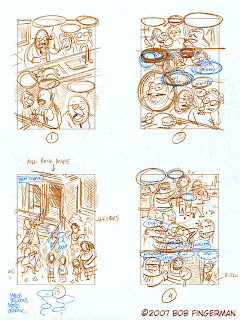 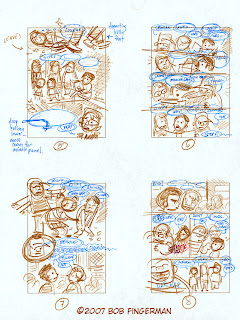 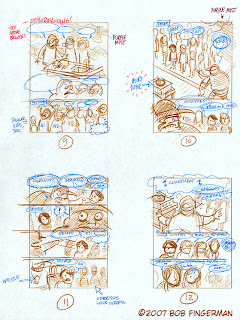 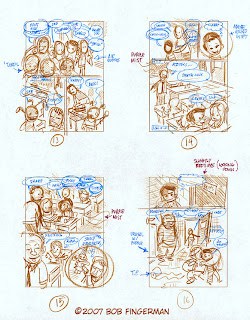 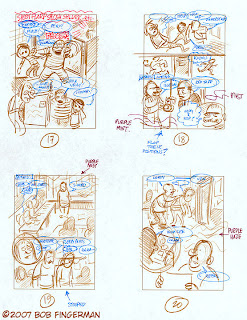